The BackerKit pre-order store for Dossier Decks is now open. If you missed the Kickstarter campaign, this is your opportunity to jump on board this new card-based NPC creation system. Each 51 card deck is divided into three sub-decks (Appearance, Traits, and Story Hook). Just draw one card from each sub-deck and you have an instant NPC suitable for use in any fantasy rope playing game. Jump over to our BackerKit pre-order store now and be among the first to the table with th
309 views 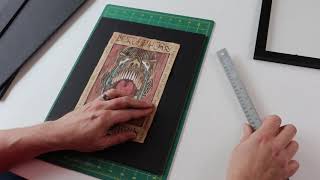 That's right, Arcane Scrollworks is back with third level spell scrolls. The new Kickstarter features some of the most iconic spells in gaming, like Fireball and Animate Dead. Back now and get a chance to vote on upcoming stretch-scrolls once they unlock. Pledge levels start at $12 for a single scroll of your choice and upper tiers feature the original artwork used in the production of the final scrolls. Find out more HERE. Thank you for your amazing support. #ArcaneScrollwor
72 views

2019 is going to be SkeletonKey Games' biggest year yet! Things already on the docket for the year are four, YES FOUR, Kickstarter campaigns. You can expect to see 3rd and 4th level Scrolls from the Scrollworks collection make their appearance, as well as a new Adventure Tiles release and a mystery Kickstarter that you will love. I know, I know, without more information how can you possibly be excited? Because you know we offer new things not currently on the market, that's w
31 views

This year saw the creation and fulfillment of our first and second level Arcane Scrollworks spell scrolls. These bespoke prop scrolls have been a hit and we have even more in store for 2019. But 2018 isn’t quite over yet and we have more to offer. Cryomancer Scrolls Visit the SkeletonKey Games web store for three new wintery scrolls. You can pick up Ice Knife, Snowball Swarm, and Armor of Arcane Frost individually or collected in the Cryomancer Scroll Collection. Frostburn Fr
112 views

SkeletonKey Games founder Ed Bourelle will be exhibiting at GenCon 51 from August 2-5 with publishing partner Broken Egg Games. Come check out the Broken Egg Games booth (#552) where the team will be showing off the First Level Arcane Scrollworks collection and the Adventure Tiles Wilderness Terrain System along with an assortment of other great gaming accessories. #gencon50 #gencon #EdBourelle #AdventureTiles #RPG #rpgaccessories #SkeletonKeyGames
77 views

We have had the pleasure of getting Arcane Scrollworks into the hands of fellow artist, D&D enthusiast and owner of Dwarven Forge, Stefan Pokorny. We use Dwarven Forge hand-painted 3d terrain in our games and love their products, so we are thrilled to get feedback that ours are amazing too! We look forward to seeing how he utilizes these in his games and hope he gets as much enjoyment out of them as we do. Check out Arcane Scrollworks 2, now on Kickstarter! #props #skeletonke
61 views

SkeletonKey Games is thrilled to announce that the campaign for Arcane Scrollworks: Second Level Spells is now live on Kickstarter. Thanks to the amazing support of our backers, the project funded in only two hours. Scrolls in this campaign currently include Arcane Lock, Crown of Madness, Flaming Sphere, Invisibility, Mirror Image, Scorching Ray, Spider Climb, and Web. More scrolls will unlock as funding increases and backers will be able to vote on which new scrolls will be
69 views

Hand-finished prop scrolls suitable for framing or use in tabletop RPGs and LARPs. Currently 10 designs, with more to come. At SkeletonKey Games we love bringing depth, detail, and immersion to RPGs. Arcane Scrollworks: First Level Spells brings spells from popular fantasy RPGs into your games as hand-finished props. Include them in your next treasure haul, gift them to spell casting PCs, or decorate your game room with them. #Scrollworks #5thedition #SkeletonKeyGames #EdBour
139 views

SkeletonKey Games delves into The Vault of Kvasir

SkeletonKey Games is creating a new campaign setting and you can come along for the adventure via Patreon. The Vault of Kvasir mixes Viking themes with Hollow Earth folklore to create a new and exciting world that can be dropped beneath whatever world you are roleplaying in. Patreon allows patrons to access behind the scenes work on the setting including game content, setting background, maps, and artwork. Patrons will also have access to great rewards such as PDF game conten
56 views

Two more VTT collections have been released, this time drawn from SkeletonKey's eFuture Tile series. With these two collections you can beam your sci-fi games to the virtual tabletop and go boldly where no one can hear you scream... eFuture Tiles VTT Collection: Five-Year Mission brings together 86 long-term space travel themed eFuture Tiles to your virtual tabletop as 100ppi jpegs. Curated from SkeletonKey Games' vast library, this collection contains tiles from the followin
143 views

The time has come to move SkeletonKey's e-Adventure Tiles into the virtual gaming space. Dig deep with the Dwarven Delve VTT Collection. This set of 98 tiles is the perfect starting point and additional collections will be released every two weeks. #AdventureTiles #VTT #DwarvenDelve #SkeletonKeyGames #RPG #eAdventureTiles #Dungeons
185 views

SkeletonKey Games has released 2eAdventureTiles: Dungeon Expansion 03 – Wizard’s Workshop. This set of 26 miniatures scale terrain tiles contains everything you need to create a detailed arcane workshop. Areas of the workshop include a summoning chamber, scrying chamber, library, study, alchemy lab, containment cells, sleeping quarters for a guard or assistant, and more. Alternate versions of the tiles tone down the arcane elements for use with any type of dungeon. Two of the
177 views
bottom of page